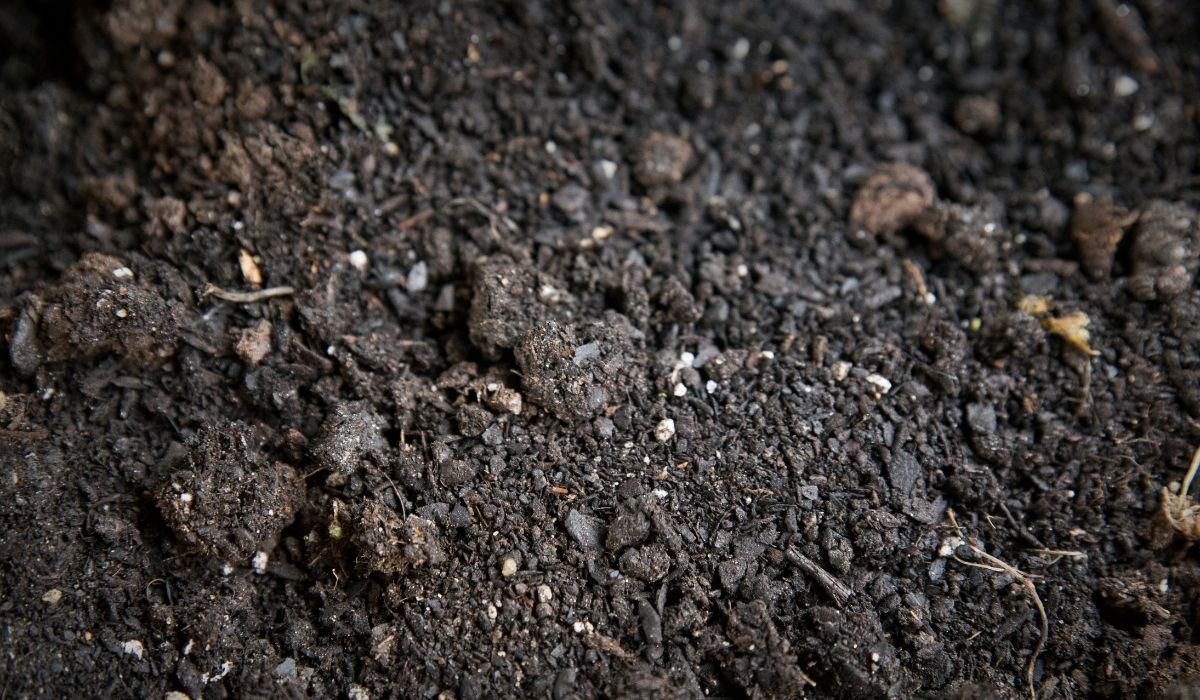 How to make Terra Preta Soil, a super soil rich in nutrients that improves the health of plants and improves yields. We share this process with you step by step. In this blog post, you will learn how to make natural and organic soil for a garden using waste and other materials. We have included recipes, tips, and tricks that will give you all the information you need.

We will also show you the benefits of making Terra Preta soil, which is considered the best soil for your plants. Plant health is dependent on good soil, which ensures exceptional growth and longevity. Learning how to make terra preta soil will give you a thriving garden all year through.

Below, we have posted all the steps to make Terra Preta (Black Earth) from any normal soil you have lying around. We also share a video and an additional link to show you how it’s done. Have a look at the information below and learn all about this rich organic soil that will help your plants thrive.

What Is Terra Preta Soil?

In Portuguese, terra preta means “black earth.” The term has been used for centuries to describe soils that contain high levels of organic matter. The world’s oldest and richest black soils are found in some parts of South America, tropical Africa, and Central Asia. However, these are very rare.

Terra preta soils can be distinguished from other types of soil by the way they look. They are dark, loamy, crumbly, and usually blackish-brown in color. They are also very heavy. If you dig up some terra preta soil, you will see that it feels like a mixture of clay and sand.

These soils are formed in several ways. Rainfall carries leaf litter and other organic matter into the soil. As the rainwater percolates through the soil, the organic material is oxidized by oxygen from the water. The resulting compounds are broken down into carbon dioxide, nitrogen, and water vapor. These reactions happen slowly over time. Have a look below and learn how to make terra preta soil.

Steps On How To Make Terra Preta Soil?

Terra preta soils are naturally occurring black or brown earth with extremely high levels of carbon and humic acid. They are used as a construction material in buildings and cities because they have excellent compressive strength, resist insect infestations and termite damage, are very water-retentive, and contain almost no salts.

A common question I receive is, “how to make terra preta soil?” Well, the first thing to know is that the soil needs to be rich in organic matter, especially nitrogen, phosphorus, and potassium. Terra preta can be made by natural processes (e.g., wind erosion) and artificial processes (e.g., biochar). It’s known for having higher fertility and yielding better crops than other types of soil.

Here are the steps on how to make terra preta soil:

1. Terra preta soils occur naturally through processes that are caused by microbial activity. The first step to creating terra preta soil is to prepare the soil.

2. Prepare the land by removing any vegetation and adding organic matter such as compost.

3. The land must be turned and broken up before it’s prepared. This breaks up the soil’s compacted layers. This also makes the soil more absorbent.

4. To start the process of turning and breaking the soil, use a rototiller, a tractor, or a small hand plow.

5. Once you have prepared the land, water it thoroughly to allow the microbes to break down the organic matter and make the terra preta soil.

6. After it rains, the water will run off the surface into the soil. As this happens, oxygen is released, allowing the microbes to work. The more soil there is, the more air is available to the microbes.

8. The microbes consume the carbon from the decaying plant material in the soil and convert it to terra preta soil.

Here is a video on how to make terra preta soil. 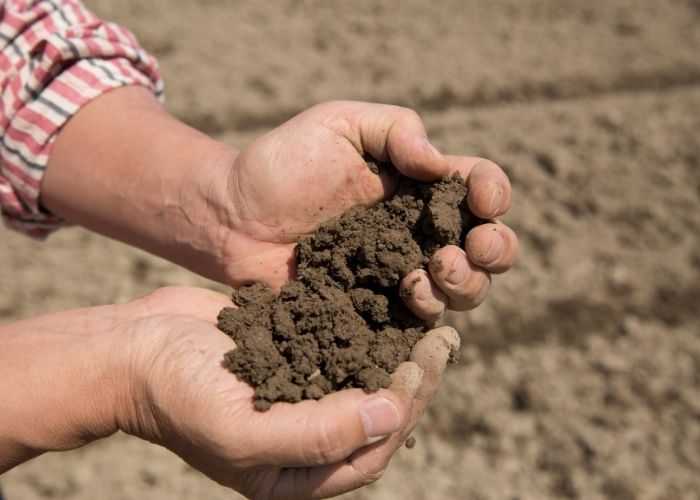 What Is The Difference Between Terra Preta Soil And Other Soils?

Now that we have learned how to make terra preta soil, how is it different from other soils? Terra Preta is black earth with very high organic matter content. It comes from Brazil, where it was created over thousands of years by indigenous peoples who cultivated land without using any fertilizers or pesticides.

Today, it’s used as a natural fertilizer and soil conditioner for crops around the world. Unlike other soils, terra preta does not need additional amendments to make it rich as it is one of the most fertile soils in the world. Terra preta soils are made when the earth is covered with organic matter over many years.

In the process, microbes produce humus, which then changes into a form that is rich in nutrients. Because terra preta is nutrient-dense, it has low electrical conductivity. This means that its ability to hold water and retain moisture is also very high compared to other soils. It also contains more than 20 different types of bacteria, which are responsible for breaking down organic matter into humic acids and humus.

Because these bacteria are more active in terra preta than in any other soil, they can actually break down nitrogen and phosphorus into plant-available forms. The higher the level of nitrogen in the soil, the more likely a crop is to have more protein and minerals. In addition to being nutritious, terra preta is more resistant to drought conditions.

What Are The Benefits Of Using Terra Preta Soil?

The benefits of using Terra Preta Soil are endless. There are so many reasons why Terra Preta is superior to all other soils in the world. It has many amazing qualities that make it a must-have for any home, garden, or landscaping project. Learning how to make terra preta soil will be advantageous to all gardeners and homeowners.

It doesn’t shrink or expand. If you have a tree that needs to be planted deep in the ground, this is perfect for that.
It is naturally disease resistant. This makes it ideal for growing food and plants.
It is naturally fire-resistant.
It is sustainable soil. It creates the ideal environment for plants to thrive and grow.
It reduces erosion. No more wasting land, water, or time in planting trees just to see them die within a few years.
It absorbs the water, nutrients, and minerals from the plants, and it’s used again as fertilizer.
It’s safe to use as it is also drought resistant.

Soil that is rich in nutrients and organic matter is called terra preta. The soil is formed by repeated cycles of decomposition and oxidation, which cause the formation of carbon and nutrient compounds. In addition to this, plants are able to grow in the soil without fertilizers or pesticides.

This soil was found in areas of South America where there are still forests of primary rainforests, such as in the Amazon basin. If we look back in history, the farmers who were successful did it by finding new sources of nutrition. This was in the form of organic-rich soil known as terra preta.

The farmers of today still use these sources of nutrition and manage the soil to increase its fertility. Most people know about the term, “fertile ground” because they see it on signs. But, what does fertile ground mean? Fertile ground means soil that has good mineral content, a lot of organic matter, and an abundance of nutrients.

Therefore, learning how to make terra preta soil is vital for a thriving garden. Click on the link for more information on these ancient organic-rich soils.

How do you make Terra Preta at home?

You can make it at home by adding charcoal powder (bhasma) to your soil. If you add 1.5% charcoal powder, it will make your soil black. You need to add fresh charcoal periodically for maintaining this color. It will make a black, rich, fertile soil that has been used by people since ancient times.

No, Terra Preta soil is not infertile. It is fertile and rich in organic matter. Its richness is due to the accumulation of organic material in it through prehistoric times. As such, the soil is very rich in nutrients.

What is Terra Preta soil?

Terra Preta is soil that contains the presence of charcoal and organic matter. This soil can be found all over the world and has been known to exist since the beginning of civilization. Terra preta is generally associated with prehistoric settlements or areas that have been inhabited for thousands of years.

What is biochar soil?

Biochar soil contains charcoal that has been produced from plant waste like trees, shrubs, grasses, and weeds. It's made from woody biomass. The process to make biochar can be done in a variety of ways including pyrolysis, slow pyrolysis, gasification, or carbonization. Biochar acts like a sponge, soaking up water and nutrients from the soil.