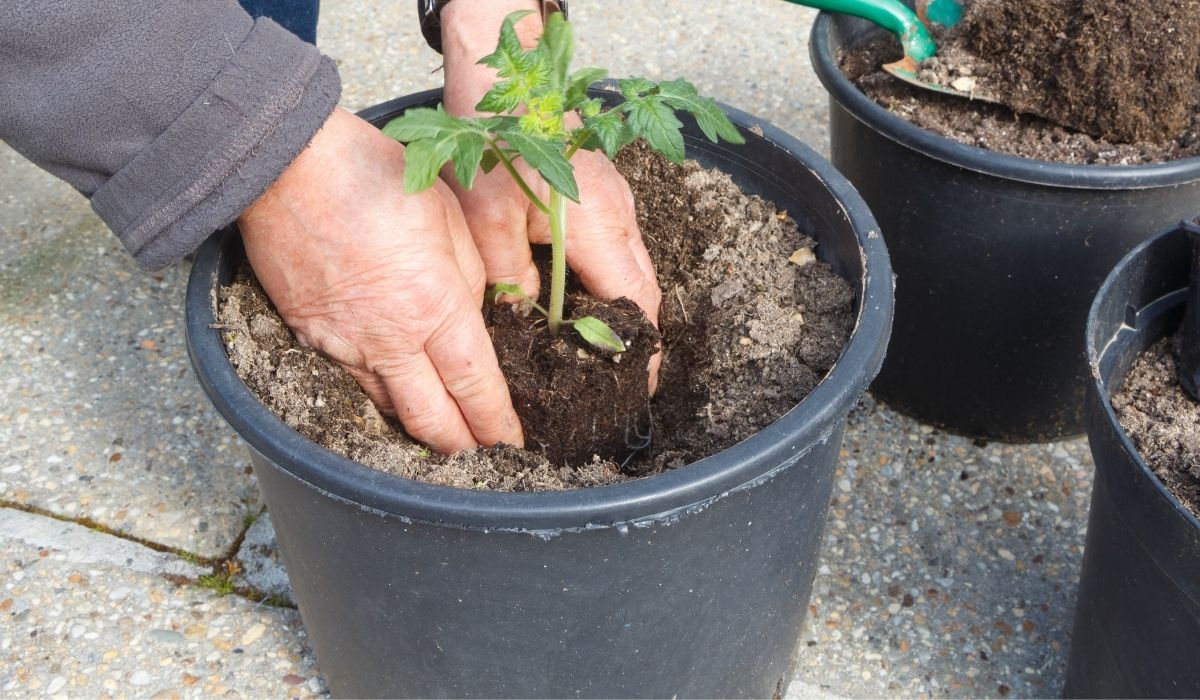 The best soil for tomatoes and peppers is well-drained, rich, and fertile loam soil with a pH of 5.8 to 7.0.

Tomatoes and peppers are both vegetables that thrive in warm weather. These two vegetables are commonly grown by most gardeners and can be planted together in the same garden. However, there are a few things you should know before planting them together.

Both tomatoes and peppers prefer well-drained, rich, and fertile loam soil with a pH of between about five and a half and seven. If your soil is not within that range, you can amend it before planting either vegetable. Adding compost or organic matter will help to make your soil more fertile, while sulfur can lower the pH if it is too high.

Epsom salt is a good fertilizer for green bell peppers. Miracle Grow is an all-purpose fertilizer.

Read more about 6 Tips How To Make Lawn Soil Softer

These two vegetables can be planted together in the same garden bed, as long as you also plant them with other crops to help prevent disease and pests from attacking one or both plants. Most home gardens do best with raised beds to improve drainage and soil quality. Create a separate garden for tomatoes alone and peppers alone if possible, and rotate them every year so that they are not growing in the same location two years in a row. This helps reduce pest problems too, because some diseases affect only one of these plants but not the other.

What Is The Best Soil For Tomatoes And Peppers?

The best soil tomatoes and peppers must have the following qualities: 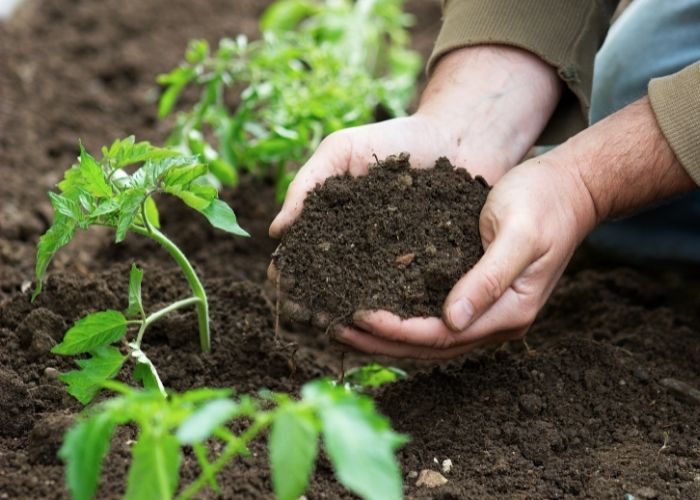 The Best Soil For Tomatoes And Peppers Growing In Containers

Tomatoes and peppers do well when grown in containers too. To get them to successfully grow, you should provide them with good soil that is favorable for their growth and production.

Good potting soil should be

Learn more about The Best Soil For Herbs And Veggies

How To Make The Best Soil For Tomatoes And Peppers?

To make the best soil for tomatoes and peppers, use a mixture of composted manure, leaf mold, or peat moss with some sand. The best way to do this is by adding these ingredients together before planting time, so they have plenty of time to mix naturally in your garden bed.

If you are growing them in containers, then just add one part each (by volume) into three parts potting medium such as vermiculite or perlite mixed with two parts regular humus-rich topsoil from outside your home. You can also purchase an all-purpose potting mix that has been formulated specifically for vegetables like tomatoes and peppers at most gardening stores near you that sell gardening supplies.

You can also use peat moss instead of composted manure if desired, but it will not be as nutritious for your plants. You may need to add some additional nutrients like nitrogen fertilizer before planting time, so they have plenty of time to mix naturally in your garden bed or container garden area first because these vegetables require high amounts while growing actively during summer months when temperatures are hot outside!

If necessary, however, do not worry about adding nutrients later on after planting because they will be released naturally from decomposing organic matter over time.

Can tomatoes and peppers be planted together?

Yes, tomatoes and peppers can be planted together in the same garden bed or container. They have similar soil requirements and enjoy many of the same nutrients so they will benefit from being grown near each other.

Yes, both vegetables prefer the same kind of soil and are able to grow within the same environment.

What is the best homemade fertilizer for tomatoes?

The best homemade fertilizer for tomatoes is a mixture of composted manure, leaf mold or peat moss with some sand. This will provide your plants with the best possible growing conditions and help them to thrive. You can also use an all-purpose potting mix that has been specifically formulated for vegetables like tomatoes and peppers if desired.

Yes, Epsom salt is a great addition to fertilize green bell peppers. It is high in magnesium and sulfur which are essential nutrients for pepper plants. Add one tablespoon per gallon of water every month during the growing season.

No, Miracle Grow is not recommended to be used on tomato plants because it can cause them to get yellow leaves, stunt their growth and reduce fruit production. This product should only be used if you have a specific problem with your plants like an insect infestation or disease that needs attention immediately before it spreads throughout all of the other tomato plants nearby!

Final Thoughts On The Best Soil For Tomatoes And Peppers

The best soil for tomatoes and peppers, as we have seen above, must be well-drained, moisturized, rich, and fertile. It must also have a good pH level that keeps the plants from burning their roots and dying. You can achieve this by adding compost to your soil before planting time or buying a bag of a potting mix that has been formulated specifically for vegetables like tomatoes and peppers at most gardening stores near you that sell gardening supplies.

Read more about The Best Soil For The Avocado Plant