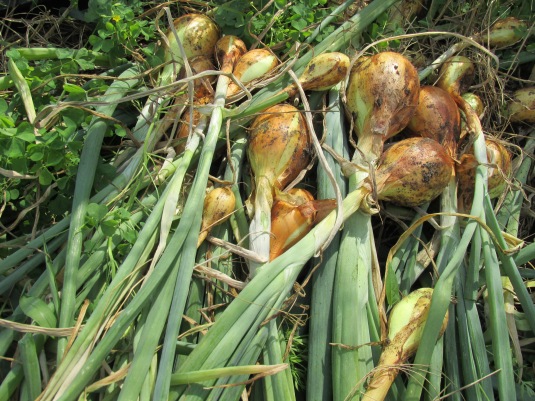 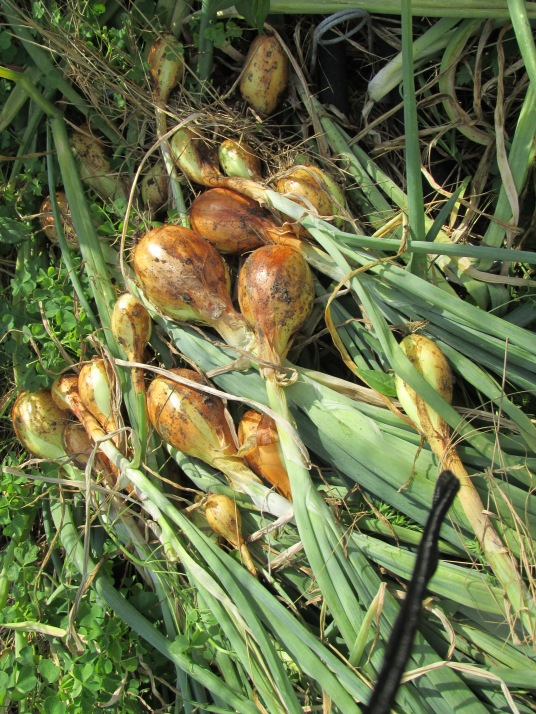 I started a process of drying the onions that, in retrospect, was too much like drying garlic. I learned the hard way that onions are not garlic and must be treated differently.

Last year, I cured all the onions without a problem. Maybe that was because the onions were mostly quite small and more easily cured. This year, they grew to a lovely large size and I should have plenty of onions to last through the winter. The fact of the matter is that a good half of them got soft during the drying process and had to be thrown away.

The problem seems to be that I pulled them too soon. In The Four Season Farm Gardener’s Cookbook, Barbara Damrosch and Eliot Coleman say wait until the tops have fallen over. Johnny’s Selected Seeds catalog says they should be pulled and sun-cured at least 2-7 days, depending on weather. Then moved to a protected location to complete drying. This process should occur when the necks become soft and tops are falling over. 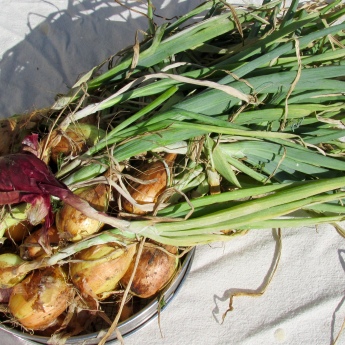 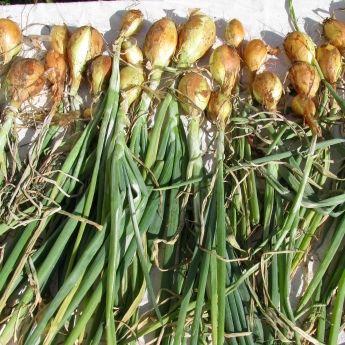 So, my biggest mistake was pulling them too early. As can be seen in the photos above, the tops on the Patterson yellow onions are still green and upright. They hadn’t fallen over, that’s for sure.

I left many of them in the garden on straw. The weather was hot but humid, so that was probably a factor. Also, in the middle of our local drought, we had a few pop-up showers, at least one of which occurred while the onions were spread out on straw in the garden. Once they start to go soft, there’s just nothing to be done but throw them away.

I’m upset by this because last winter I really enjoyed having all those little onions in the basement, ready to be popped into stews or whatever. I was so looking forward to bigger and better onions this winter. Gardening is hard. 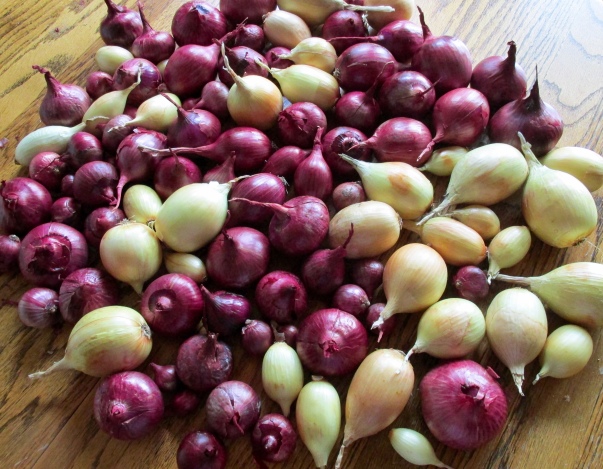 So, I’m left with some lovely onions, as can be seen in the above photo, but only about half as many as I thought I would have. I hope I have learned my lesson and will do better next year.