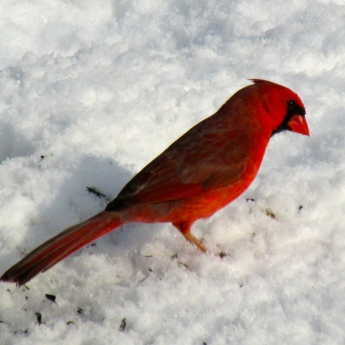 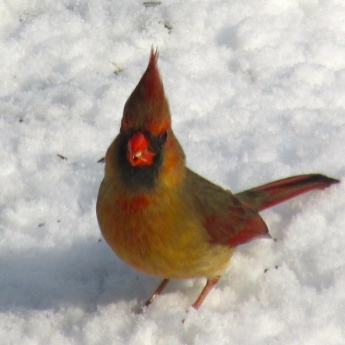 Male and female northern cardinals above in the snow beneath the feeders. They seem younger than the cardinals I saw last month. I had not realized how long their tails are. Almost as long as the rest of them. Females can be distinguished from juveniles by the female cardinal’s red beak. The juvenile’s beaks are blackish-grey, according to Birds of New Jersey. 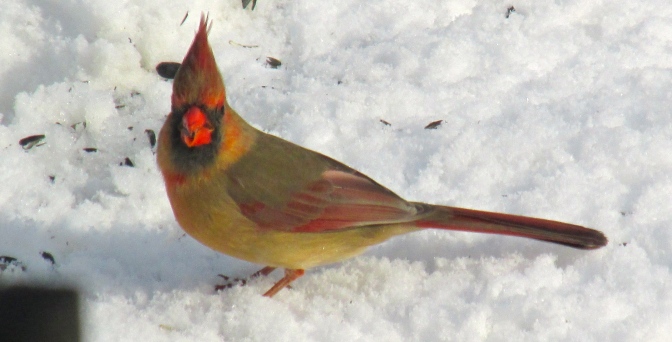 Look at the incredible coloring on the female. Wow. She’s something else, indeed.