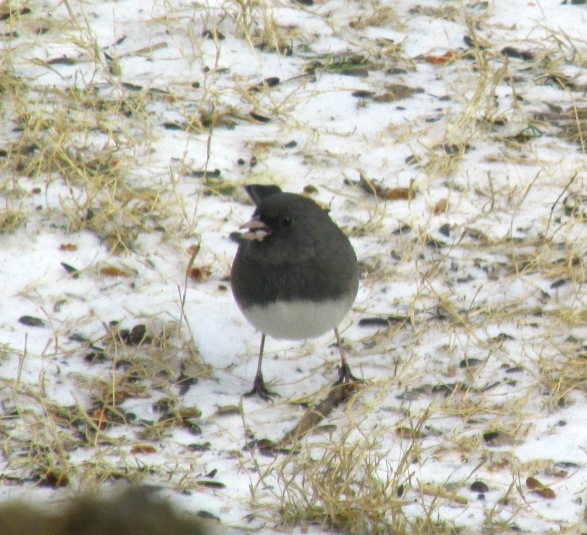 Have you ever seen any bird so cute? This junco looks like a cartoon figure where you draw a circle and then put on stick feet and a bulge for a head—with a beak. Then there’s the white bottom of the circle. Looks like a toy that will always turn upright in the water.

Several types of juncos were once considered to be separate species. These New Jersey juncos are called the slate-colored juncos. The females are lighter in color but otherwise look the same as the males. Juveniles are streaked. I haven’t seen a juvenile, probably because of migration patterns. Female juncos tend to migrate farther south than males. All juncos go north for the summer—to Canada. 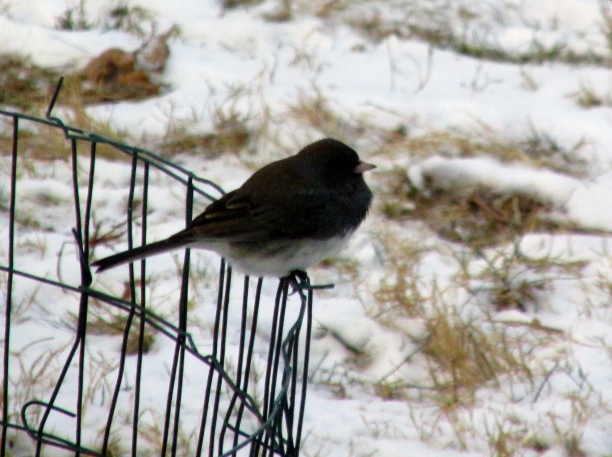 That’s right. Dark-eyed juncos are our snowbirds. They spend winters in wide-spread areas of this country and go north in the spring. So although they are common, they are endearing to me for their migrating patterns as well as for their looks.

The Cornell Lab of Ornithology classifies juncos as sparrows. Juncos are ground feeders for the most part and travel in small flocks. 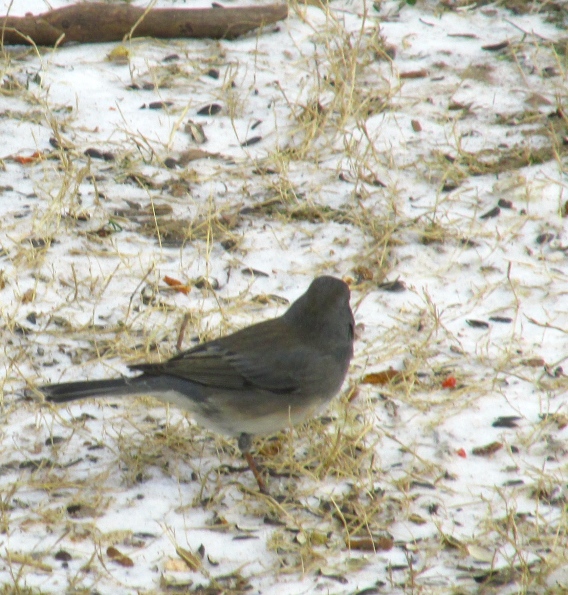 I watch with great anticipation for the juncos to appear and know when I see them that winter has arrived. Then, one warm day, I suddenly realize that they are gone, and spring has come at last. But I miss them.